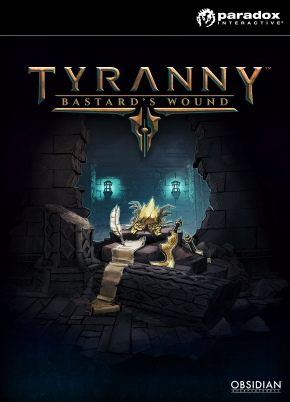 Bastard’s Wound is an expansion that builds upon the game’s compelling story. New characters and new stories await in Bastard’s Wound, including a closer look at the world of the Beastmen, the fate of a refugee settlement, and all-new companion quests featuring three of Tyranny’s most memorable party members: Lantry, Barik, and Verse.

The expansion integrates seamlessly into the base game and reloading an earlier save will activate it (even an end-game save from Act 3). The story will start automatically in Act 2, after conquering the first territory, with a missive from Sage L starting the Hidden Truths quest. Reading the missive (May Knowledge Survive) marks The Shattered Bastion on the world map.

Note that in order to complete companion quests, you must load an Act 2 save.