Path to Power is a quest in Tyranny.

You've turned against everyone - the Disfavored, the Scarlet Chorus, and the Vendrien Guard - and decided you'll forge your own path to power in the Tiers.

The Archon of Shadows is apparently a fan of your work in Vendrien's Well and wishes to help further your ascension in the Tiers. He wants to speak with you at Ashweald. 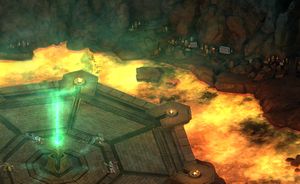