We would love to get your opinion on your experience with our site with a short survey. Take Survey

Tales from the Tiers 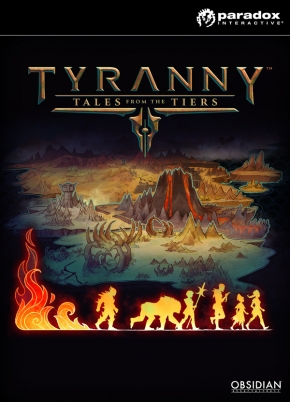 Tales from the Tiers is a new DLC released for Tyranny on June 13, 2017 on Steam, GOG, and Paradox Store.

Tales from The Tiers expands the Fatebinder's journey through the war-torn world of Tyranny, with new travel map events, encounters, and side stories. These include hostile ambushes, traveling merchants, and numerous other episodes that offer new insights, new items, and new challenges on the journey.

Notably, the DLC does not require you to start a new game and integrates smoothly into the existing playthrough.